I have been gone for what? for 5 months I guess... well at the moment I just need to let this feeling go out...

This is the time when you expect someone to be there for you at the time you needed him most. But instead of being there, he is just here to annoy me much more or even dissapoint me much more...
I just want to have fun....

He is the person that is really important to me...
I love him more than I loved anybody else, and I accept him for who he is. But life is not always fair, there are times that he just don't understand how you really feel... I just want him to understand me...

okay today I have reported at our physics class... and IT REALLY SUCKS... sucks to be me huh?


okay I really hate squishing myself into things that isn't right for me. Here's the thing, ever since I never imagined myself being away from the person that I love the most.
--->Kamcy 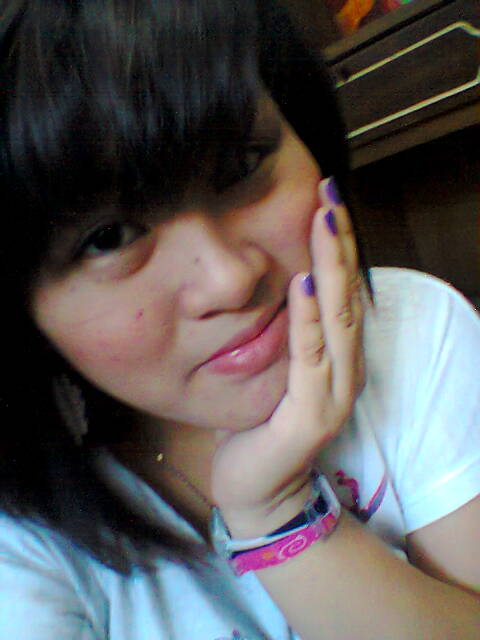 I totally thought that LJ had said good bye years ago...
I've visited this site, and it was 404 not found...
T_T

Well now, I'm back... Yes!
still with the same account...
I was thinking of making a new one, but decided to just continue with this...

now I'm in my last year of college... hopefully graduating this year :)) this is the New me...
the previous post is also me...
but those pictures are taken when I was in my last year of highschool...
now I'm on my First Year of College...

My posts are Friends Only...
but you can add me up...
I accept Friend Requests...

some of my posts are PUBLIC and some are FRIENDS ONLY I accept Friend requests and all...

A Promise is never meant to be broken
-Lyle Clyde Foray

Ryuoku is the only person that I loved the most. The both of us treats each other like brother-sister way. The two of us were really attached to each other and promised that there wouldn’t be any secrets.

But this day came… I’ve seen him with a girl at the mall. I decided not to ask him about it, but then I immediately changed my mind and asked him about it. I was shocked to know that the girl was her girlfriend. My heart was thorn apart. Shattered in million of pieces.

I wasn’t in myself these days. As I was crossing the road not noticing the trailer truck that will surely send me to my death.

Bad lucks do happen and the driver didn’t notice me crossing. Even if he tries to stop, he will surely kill me. The Trailer truck is getting nearer and nearer every split second. But then Good lucks do also happen Ryuoku came and pushed me away that send him to his death.
Okay I over reacted not death, just a few minor injuries. I mean Major injuries.

The doctor gladly announced that he was okay and will recover soon but… (What did he mean but?)

Few days passed still he was fast asleep (lucky for him, he doesn’t need to attend our physics class). I was there when he opened his eyes, I was really glad that he was awake and shocked that he asked us this horrible question.

“Who are you? Where am I?” Ryuoku asked innocently not remembering anything.

The doctor continued the-but thingy he paused a few days ago. He told us that he would be having a hard time remembering his self again. His recovery could be easy if everyone he knew before could help him. Remember, one lie could change his whole life.

They all started by introducing their selves one by one. I left and didn’t bother to go back neither to introduce myself to him. I think his life would be just fine and perfect without me by his side.

Few weeks passed and the chair at your back isn’t vacant anymore. Ryuoku came back to school after his body has recovered.

He was like a new student each one of our classmates is introducing their selves to him. But me I didn’t bother to waste my time introducing myself.

After class when all of my classmates left, Ryuoku approached me and started a conversation with me
“ hi there, you didn’t introduce yourself to me” he said
“Who do you think are you, talking to me like that?” I asked in a rude a voice
“I’m sorry but I was just wondering who you are?’ he again asked
“why do you need to know? You can’t memorize all our names at once. I’ll tell you my name when you already know all of our classmates name” I answered
“ what makes you think you’re that special? By the way nice meeting you” he said and left.

The following day I saw someone clinging on Ryuoku. Shock to know that she was the girl obsessed to him. And of coarse she’s pretending to be a big part of Ryuoku’s past which is not.
Okay who am I to be jealous? I’m just someone who ruined his whole life and almost sent him to his death. I’m just a part of his past that he can’t even remember.

Days are passing and still I was trying to ignore his presence pretending that he doesn’t exist.

One day while walking home his mom approached me and asked why am I doing this. I explained that he would be better off without me. Then his Mom explained her side. “ no one really blames you on what happened. Ryuoku is happy for what he has done and really wanted it to be like that. So don’t blame yourself dear child.”

A month has passed. Still I was trying to ignore his presence. Then one afternoon after class ended he invited you to the park.

While the two of you were there the past flashed back to your mind.

A ten year old girl all alone in the park with no one to accompany her. While the bullies from the other class are picking on her. She could only cry. Then someone beat the bullies for her and handed her a soft plane blue handkerchief.
“it’s not appropriate for a little lady to cry” the boy said “ by the I’m Ryuoku”

Because of a handkerchief a new friendship started. Years passed still the two of us were still friends until I fell in love.

“ you know” Ryuoku started “ it was once when I loved someone, but she didn’t know. I hid the truth from her as she did to me. I was scared that she might freak out. If I could only turn back time”

“how I wished that to happen” I agreed.

“but then an incident happened” he continued “that changed everything. She’s the only person that I was expecting to help me, but then she pushed me away from her.”

As he continued his story my tears started to fall one by one. Then he handed me a plane blue handkerchief and said “it’s not appropriate for a little lady to cry”

“ I tried everything just to regret the feeling that I have. I even tried having a girlfriend but it’s no use. Everything I do didn’t work as I wanted it. I was really scared to tell how I really feel about you, cause maybe you would regret me” he said

“ no you’re wrong. She also feels the same way. But also scared to tell you the truth” I answered

“ but why did you hide the truth? Why didn’t you helped me on recovering?” he asked

“ I thought that you’re better off without me”
“remember I would do anything just to help you. My mom told me that you were blaming yourself, you shouldn’t it was my want, it was me who wanted to risk my life in exchange of yours. I’m happy for what I have done.”

“ listen I love you, and no matter how hard I try to ignore you the pain that I felt is twice the pain you felt.”

“ I love you too” he answered”


Scene: Reki-chan is walking along the tennis court when Kaido came running.
Kaido is running away from the creepy house that he ran into.

Kaido: wah…
Reki: who the heck are you?
Kaido: I’m kaido and I’m not afraid of ghost.
Reki: geeze I’m just asking who the heck are you.
Kaido: sorry I thought you were asking who I am.
Reki: yah I’m asking who are you?
Kaido: I’m kaido and I’m not afraid of ghost.
Reki: shecks, I’m just aking…. Never mind..
Kaido: may I ask you a Question?
Reki: yeah what is it?
Kaido: thanks for answering.
Reki: (paused for a minute) right.
Kaido: another question, who the hell are you?
Reki: my name is not important.
Kaido: oh, your name is not important…
Reki, Yah, it’s not important
Kaido: not important, what are you doing here at the tennis court? Did you also run away from that creepy old house?
Reki: My name is not, not important
Kaido: You said your name is not important.
Reki: yeah it’s not important.
Kaido: you said a while ago that your name is not, not important and now you’re telling me that your name is not important. You’re so weird
Reki: (whispered in a low voice) you’re the one who’s weird.
Fine my name is Reki!
Kaido: but I thought it’s not important.
Reki: will you shut the hell up.
Kaido: correction the hell is down here. (Pointing down)
Reki: what ever…
Kaido: I have another question…
Reki: is it something that I’ll regret?
Kaido: How can I ask you a question if you’ll ask me another question?
Reki: now you’re also asking me two questions.
Kaido: what?!? How did… ( he was cut off)
Reki: fine what is your question?
Kaido: now you’re asking me another question.
Reki: just ask me okay!!!
Kaido: so what are you doing here…?
Reki: walking. You?
Kaido: running away…
Reki: from what?
Kaido: an old creepy house, with ghost in it.
Reki: I thought you’re not afraid of ghost?
Kaido: yah I’m not,
Reki: then why are you running away…
Kaido: I’m not afraid that is why I’m running from it.
Reki: yeah right?
Kaido: you really love asking questions do you?
Reki: no, I hate them..
Kaido: then why are asking many questions?
Reki: cause you’re annoying me. Well I’m exhausted; I will go now and take some rest.
Kaido: oh you’re taking a rest here.
Reki: no I’m going home
Kaido: oh… so you live here?
Reki: no
Kaido: then where do you live?
Reki: at our house
Kaido: oh this is you’re house..

Reki was really annoyed and left Kaido all alone. He was so scared and again started running. Later on Reki found out that Kaido is really afraid of ghost and still he believes that Reki is living at that spooky tennis court.
Collapse